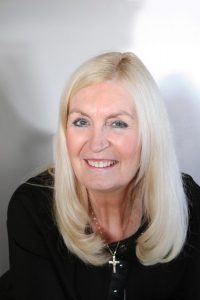 Studies have shown that up to 20% of patients in critical care report having a Near-Death Experience (NDE), an out-of-body and/or mystical experience that occurs during accidents, traumatic events, clinical crisis when facing death, or during cardiac arrest. As a case example, Dr. Yvonne Kason will share the story of her own 2003 NDE during an accident where she suffered a traumatic brain injury. She will describe the diagnostic features of Near-Death Experiences and their common physical, psychological, and spiritual after-effects. She will also outline the diagnostic features of other Spiritually Transformative Experiences (STEs) and death-related STEs, including end-of-life/deathbed visions, death-watch/shared-death experiences, and after-death communications. Special issues relating to NDEs in children, active military, and veterans will be discussed. She will describe how NDEs are not symptoms of Post-Traumatic Stress and are not hallucinations or a sign of mental illness.

Toronto Awakenings Sharing Group is affiliated with the International Association for Near-Death Studies (IANDS). IANDS has been supporting NDE experiencers, spreading awareness about NDEs, and promoting NDE research for 40 years.

Dr. Yvonne Kason MD, MEd, CCFP, FCFP is an internationally renowned medical expert on Near-Death Experiences and other Spiritually Transformative Experiences who has had 5 NDEs and multiple STEs herself. She is a retired family physician and transpersonal psychotherapist, who previously taught at the University of Toronto. Propelled by a powerful Near-Death Experience in a 1979 airplane crash, she began to research NDEs, and in 1990 she became the first Canadian medical doctor to specialize their medical practice in the research and counseling of patients with NDEs and other STEs. Dr. Kason is a current board member of IANDS, the International Association for Near-Death Studies, and a member of ACISTE, the American Center for the Integration of Spiritually Transformative Experiences. Dr. Kason was cofounder of the Kundalini Research Network, the Canadian Coordinator of the Spiritual Emergence Network, and co-founder of the Spirituality in Health-Care Network.

She has five published books, her most recent, Touched by the Light: Exploring Spiritually Transformative Experiences, (2019).  She shares the conclusions from her 40 years of research with about 100 case stories, including her own 5 NDE stories, as a guide to help other NDE and STE experiencers as well as their friends and counselors. On demand as a media resource, her interview on the Dr. Oz Show will air December 6, 2019.

Learn more about the meeting details and our sharing group here.