When The “I” Disappears

Father Charles Ogada was born in Uturu in Abia State, Nigeria. When he was seventeen, he had a profound spiritual transformation which changed the course of his life. Consequently, he joined the Spiritan order of the Catholic Church so as to deepen that transformation and attained a B.A., M.A. and B.Phil degrees in core aspects of religion and philosophy.

After completing his seminarian training he served as a parish priest in Nigeria. He then travelled to Zambia to gain experience as a teacher at a leading values-based school in Ndola, where he taught mathematics and religious education. 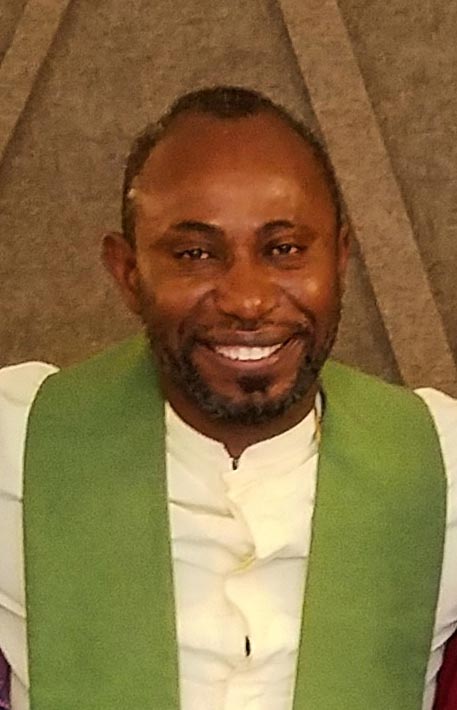 Open to the Truth of all religions, Father Ogada also travelled extensively in the study of other paths drawing on Christian Mystics, Eastern Spirituality, Sufism, the Jewish Cabbala and the teachings of Ramana Marharshi. Thus, he rediscovered the gem of Christian mysticism.

In 2010 with no resources but his own unquenchable energy he took an enormous leap of faith and founded the Spiritan Self Awareness Initiative (SSAI), a registered non-profit humanitarian organisation of which he is the current Executive Director. He runs two free values-based schools, a children’s home for disadvantaged children, two free hospitals, a co-operative farm and many other initiatives.

At present, Father Charles is a Catholic priest who spends every waking hour of his life in service to the poor and needy in Nigeria as well as in service to spiritual seekers of all faiths from around the world through the Global Joy Village community. He is a committed campaigner for a loving, inclusive, multi-faith approach to spirituality.