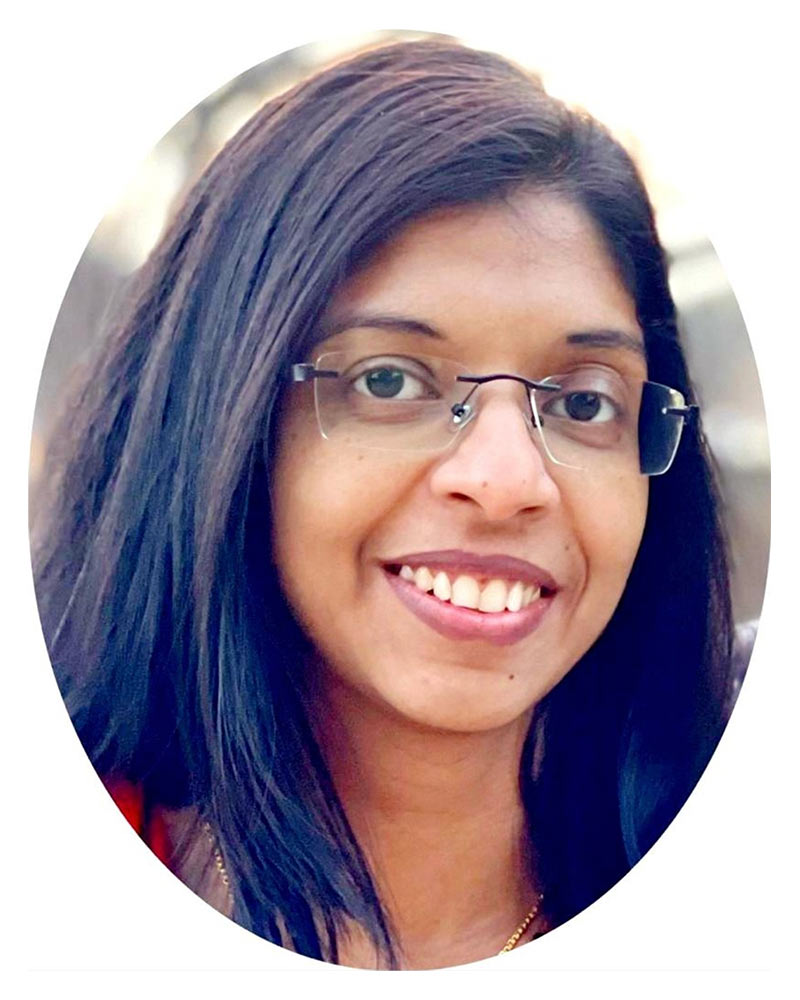 Linju Alias will describe her phenomenological study to explore Near-Death Experiences (NDEs) among cardiac arrest survivors in selected panchayats (villages) of Kannur district, Kerala, India. She extracted several themes in her study, including an encounter with the Divine and loved ones, and a floating out-of-body experience. She is interested in researching the phenomenon across cultures. She insists on the importance to “Call back the dead…support the dying and your energy can give rebirth”. She also will describe case studies she has explored, and the death-related cultural practices among the tribal population in Kerala, India. Even though the mainstream scientific community doesn’t support the concept of “Life after Death”, the cultural practices and religious beliefs in India point fingers towards the existence of life after death, and in rebirth.

Linju Ann Alias, is a Research Analyst and Registered Psychiatric Nurse from India currently living in Brampton, ON, Canada. She conducted research on NDEs at Manipal University, India, among cardiac arrest survivors. She was an invited speaker for IANDS conference 2016 representing India. During her childhood, her grandmother talked about her Near-Death Experience and this opened the door for Linju to choose NDEs as her thesis topic during her Master of Philosophy in Nursing at Manipal College of Nursing, Manipal, India. She has also authored a book “A Heavenly Sparkle: The Other Side of Radiance” and conducted various charitable events during natural disasters in Kerala, India. Her focus is on ethnography and she is interested to learn cultural practices during death among tribes at Kerala, India. She conducts various research studies related to NDEs in India every year and presents her findings at conferences.