Kundalini Awakening and Near-Death Experiences: Are they Related? 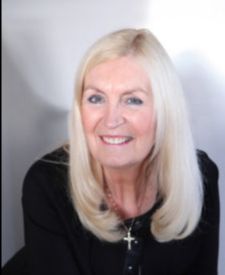 Dr. Kason will share what she has learned from 40 years of research and describe the classic features of a kundalini/spiritual energy awakening: 1.energy rising up the spine and body; 2.inner sounds such as “OM” or the roar of a waterfall;  3. light sensations; and 4 culminating in a mystical, psychic, or inspired creative experience.  She will share the powerful long-term after-effects of a kundalini awakening on body, mind, and spirit, which are signs of a long term spiritual transformation of consciousness happening.

Dr. Kason will describe the yogic model of consciousness, birth, and the death, which tells us we are souls/spiritual beings, encased in three “bodies”, our causal  body, astral body, and physical body.   Dr. Kason will compare the progressive features of  a Near-Death Experience with the progressive symptoms/experiences of a soul/consciousness l rising up the chakras of the astral spine, as it withdraws from the body at the time of death or near-death.  Dr. Kason will show the marked similarity in after-effects of a kundalini awakening and a white-light type of Near-Death Experience, which led her to conclude that Near-Death Experiences may indeed sometimes awaken the kundalini/spiritual energy mechanism in experiencers.

Dr. Yvonne Kason MD, MEd, CCFP, FCFP is the Group Leader of Toronto Awakenings Sharing Group, and the President and Co-Founder of Spiritual Awakenings International.  She is an internationally renowned medical expert on “Spiritually Transformative Experiences” (STEs) who has had multiple STEs herself, including a Kundalini Awakening and 5 Near-Death Experiences (NDEs).  In 1990, she was the Co-Founder of the Kundalini Research Network. She is a retired family physician and transpersonal MD-psychotherapist, who previously taught at the University of Toronto.  Propelled by her Kundalini Awakening in 1976 and a powerful Near-Death Experience in a 1979 medevac airplane crash, she began to research diverse spiritual and paranormal experiences, and in 1990 she became the first Canadian medical doctor to specialize their medical practice in the research and counseling of patients with all types of STEs. She is the person who first coined the phrase “Spiritually Transformative Experiences” in 1994.

Dr. Yvonne Kason currently lives in Toronto, Canada, and enjoys being a snowbird each winter in Encinitas, California.  Yvonne is on demand as a keynote speaker and as a media resource, and was recently interviewed (2020and 2021) on The Dr. Oz Show and on Coast to Coast.  She has five published books, her most recent is, Touched by the Light: Exploring Spiritually Transformative Experiences, (2019). https://www.amazon.ca/Touched-by-the-Light